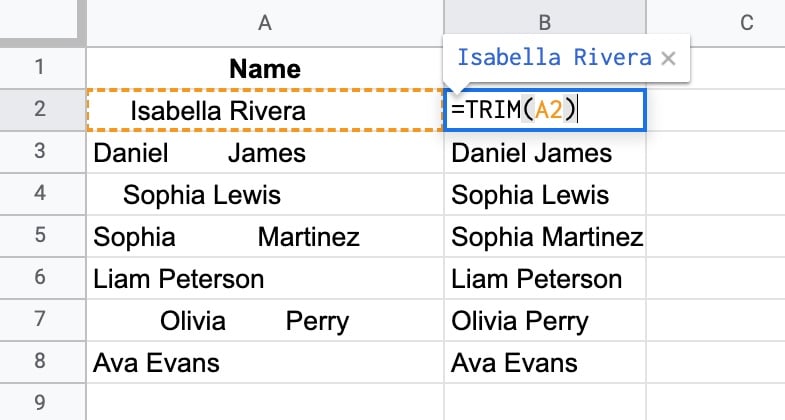 TRIM removes the leading, trailing, and repeated spaces in the text values in column A.

END_OF_DOCUMENT_TOKEN_TO_BE_REPLACED

Barcodes are visual representations of numbers and strings.

Typically they represent numbers that link back to records in a database storing valuable information about a product.

They’re easy for machines to scan and are ubiquitous in stores and warehouses around the world.

Learn how to create barcodes in Google Sheets in this post, with a simple 2-step process.
END_OF_DOCUMENT_TOKEN_TO_BE_REPLACED

In this post, I want to show you something amazing: how a simple equation — the logistic map — can lead to incredible outcomes, and even to chaos.

But first, we begin our story in a field far, far away, where two bunnies are getting down to, erm, business, shall we say, as they start a fluffle* of rabbits… 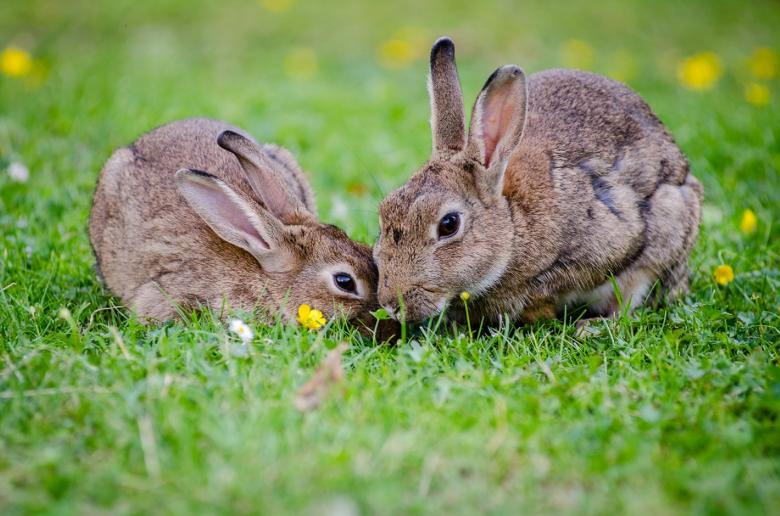 Provided the growth rate is greater than one, the population grows until it becomes constrained by limited resources (for example, food). Then it settles into a stable population, neither increasing nor decreasing year on year.

But as the growth rate increases weird things start happening.

The rabbit population grows faster but it doesn’t settle down to a single equilibrium (stable population) anymore. No. In fact, the population oscillates between two equilibrium values. One year high, one year low, then back to the high value again, then low, and so on, to infinity.

Keep increasing the growth rate, however, and suddenly the population oscillates between four equilibriums. Then eight. Then sixteen.

And if it increases past the specific growth rate of 3.57, well all bets are off the table!

The population becomes chaotic and never settles into any equilibrium at all. It bounces around randomly, some years high, others low, others in the middle, with no pattern.

Except that’s not the end of the story.

Incredibly, within this region of chaotic behavior lie “islands of stability”. Short windows at specific growth rates where order re-establishes itself.

Out of the chaos, a periodic pattern emerges! 🤯

Please explore these concepts with this interactive chart of the logistic map.

Drag the slider to change the growth rate and see how the population changes:

END_OF_DOCUMENT_TOKEN_TO_BE_REPLACED

The CHOOSE Function in Google Sheets lets you choose between different options.

It’s a lookup function, akin to a limited VLOOKUP rather than an alternative to the IF function.

It takes an index number and returns a value at that numbered position from the list of possible options.

The first argument is the index number: 1.

Subsequent arguments are possible choices. The CHOOSE function returns the value at index position 1 in this case, i.e. “A”.

If I changed the index number to 2, the CHOOSE function would output “B”.

END_OF_DOCUMENT_TOKEN_TO_BE_REPLACED

Heat maps in Google Sheets are a great way to add context to your data.

They bring attention to the high and low values in your data, to outliers that demand attention.

Best of all, heat maps in Google Sheets are easy to create.

Without any formatting, it’s boring to look at, doesn’t convey any immediate takeaways, and it’s hard to spot trends such as which years were hotter than others.

Now compare that to the same dataset with a heat map overlay (click to enlarge):

Wow! The stories jump off the page at you now. You can easily compare the years and see which years had longer winters, or hotter summers.

Let’s see how to create a heat map in Google Sheets.